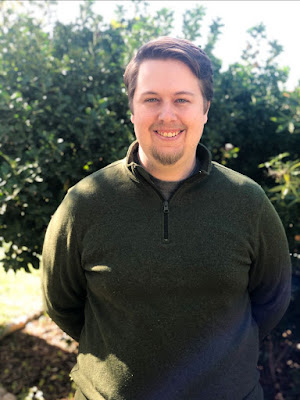 Followers of this blog may recall our review of N. K. Carlson's book, The Things that Charm Us. We've invited Nate back to talk about his upcoming trilogy, The Chronicles of Terrasohnen. The first volume, The Shadow and the Sword, is due out in April 2022. Our conversation follows:

hm: How did your seminary training prepare you for writing fiction?

NKC: At a very basic level, seminary taught me more about the mechanics of writing, such as outlining, organizing thoughts to create an argument, and perhaps most importantly, the ability to write quickly. Beyond that though, seminary taught me to think about important questions: who is God and what does it mean to be human? And really, I think those two questions are present in every work of fiction I write. Sometimes this shows up as a theological or religious system, like I have created in The Shadow and the Sword. Sometimes these questions are more in the background, such as with some of the stories I wrote in The Things That Charm Us.

hm: You’ve lived in Chicago, and now Texas. How much does place influence your writing?

NKC: Place is very important to me. There are certain places that hold profound meaning for me, such as Pentwater, MI, Glacier National Park, and Devil’s Lake State Park to name a few. These places have been significant in the plotline of my life. One simply needs to look through world history to see that place has dramatically impacted the plotlines of our world, whether it be the regular floods of the Nile which helped build up ancient Egypt, Hannibal crossing the Alps, or the Gold Rush out west in America. Good fantasy knows this, which is why most fantasy books contain a map in the opening pages. These maps and the lands they depict drive the action of the plot. My trilogy, The Chronicles of Terrasohnen, is no exception. One of the very first things I did when I started writing the series a few years ago was sketch out a map of the world. This map served as both an expansion of the possibilities for the story, with many lands and regions to explore, but it also provided walls for my story, to keep it from getting too big. The places I’ve been and the things I have seen will make appearances in the series, whether it be the mountains of Glacier National Park, the grandeur of Lake Michigan, the forests of Wisconsin, or the desert of West Texas. It’s easier for me to write places I have experienced for myself.

hm: Did you intend to write a trilogy when you began The Chronicles of Terrasohnen or did your story just grow into it?

NKC: When I began this story, I knew it would be bigger than what is being published in book one of the trilogy. My first draft of the first part of the story is actually the content that will be in book one and book two. Book three will be the landing of the plane. Much like Lord of the Rings, I view The Chronicles of Terrasohnen as one story split into three volumes.

I did not know specifically that this story would be a trilogy until my publisher told me to make it a trilogy. Early in the process when Creative James Media was considering my story, I was asked how many books I foresaw. I said I could do it in 3-5 books. They signed me up for a trilogy, which suits me just fine!

hm: I read your earlier book, The Things That Charm Us. Will there be some more short stories in our future? Do you see a piece of fiction first as a message-bearer, or just a good story?

NKC: There will be more short stories I believe. Right now in my writing journey, short stories are unnecessary diversions from my real work of writing and editing this trilogy. But I do have a short story submission out for a Creative James Media anthology!

As for the second part of your question, I think every piece of fiction is a message-bearer of some form or other. A good story can’t be a good story if it doesn’t have anything to say about, well, anything. Maybe that’s my seminary training at work here, but I try to be cognizant of what my stories say as far as a deeper message goes. I think there is depth in my stories to be explored by the discerning reader.

hm: Do you find there are some deep truths that can be better expressed in a story than in an essay or a sermon?

NKC: I think it is certainly clear that some art forms are better for certain messages than others. Consider Michelangelo’s David statue. Michelangelo was also a gifted painter, but I think he chose the correct art form for depicting his idea of David.

So yes, I do think there are some messages better expressed in fiction, or a sermon, or a song. I could write and deliver a sermon about loving your neighbor as yourself, and that might get the point across to you. I hope it gets the point across to you! But I could also write a story where profoundly different people sacrifice for one another and demonstrate what it really looks like to love your neighbor as yourself. With a story, the imagination is engaged and that can change the reader or listener in a different way. Your average novel is also much longer than your average sermon, so there is a length of time the story gets to work on you. I think this is why preachers so often turn to stories from their own lives or pop culture references to books and movies. Stories can change people.

hm: Are you thinking about what you might write beyond The Chronicles?

NKC: Always. I have a note on my phone full of story ideas. I imagine I will never write most of them, but I’m glad they are there to give me inspiration. I am looking for inspiration for a follow up to The Chronicles of Terrasohnen. I love fantasy, and I would love to spend time in a world of my own creation again. I also have some adult literary fiction ideas in the works, that I hope can see the light of day after The Chronicles of Terrasohnen is done.

hm: Do you follow a regular daily writing practice, or do you wait for enlightenment to strike?

NKC: I try to write in the evenings after my son goes to bed. But life happens, so sometimes I don’t get around to it. I give myself a lot of grace when it comes to writing or not writing.

hm: Would you still write if you had no readers but God?

NKC: What a question! I’d like to say yes, I would keep writing if no one but God would read it. This is true of my first few (unfinished) attempts at novels. At the same time, I believe writing is a conversation between author and reader. The biggest question in writing is determining who exactly your readers are. If you don’t know your readers, you can’t have a conversation. I like to think that my son will one day pick up my books, or maybe I will pick them up to read to him. So I am writing to who he might be in ten years.

You can learn more about Nate and his writing at his website, nkcarlson.com 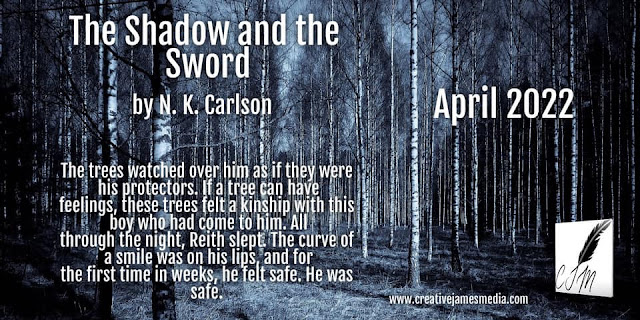 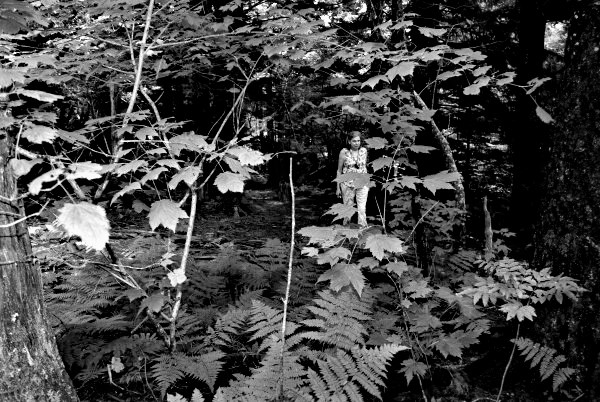